Enter your phone no :

Enter the security code shown above

Non-rated, rated, certified, K-rated, M40, PU30, P1, L2 or one of the other many options? What does the terminology mean and how does it apply to your organizations needs to protect vital assets?

In the spring of 2009 the standards changed with the Department of State (DoS) SD-STD-02.01, Vehicle Crash Testing of Perimeter Barriers and Gates, Revision A, dated March 2003 being retired. All future barriers will be tested under American Society for Testing and Materials ASTM F 2656-07.
The following information will help to better explain the certifications and what they mean when designing, purchasing or considering the idea of installing a crash barrier.

Knowing the threat vehicle, the velocity it is expected to attain, and the acceptable penetration distance provides the ability to select an appropriate barrier for site specific conditions around a facility. The variables considered for different test conditions include the following:

Engineer-Rated or Non-Crash Rated:
A barrier that has been designed, analyzed, and stamped by a professional engineer. Many barriers with this rating have been analyzed using computer modeling programs. Some products are structurally analyzed to determine crash-worthiness while others are designed based on the design and testing of similar products.

1. ASTM’s F2656 /F2656M Standard Test Method for Crash Testing of Vehicle Security Barriers (VSB) was updated in 2015 and 2018.
2. ASTM F2656/F2656M-18a, and the UK’s Publicly Available Specification 68 (PAS 68)—Impact Test Specifications for Vehicle Security Barrier Systems are the two primary VSB performance standards currently used in the U.S. and UK, respectively
3. The Department of State (DoS) performance rating designation (K4, K8, and K12) is still used by manufacturers who had their systems certified before 2009.
4. Since the early-2000s, the U.S. and U.K. have collaborated on the ASTM F2656/F2656M and PAS 68, which has successfully led to the establishment of ISO/IWA 14-1:2013 Vehicle Security Barriers—Part 1: Performance requirement, vehicle impact test method and performance rating
5. A fourth standard, CWA 16221, Vehicle Security Barriers—Performance requirements, test methods and guidance on application and the ISO/IWA standards are predominately referenced in Europe and Asia.
6. VSB manufacturers sell their products globally and may only test to a single performance standard
7. In both the U.S. and U.K., the ASTM F2656/F2656M and PAS 68 tests are conducted by industry using independent ISO-certified testing facilities. The testing facility produces a report for the manufacturer that certifies the VSB impact performance against the test standard selected by the manufacturer. 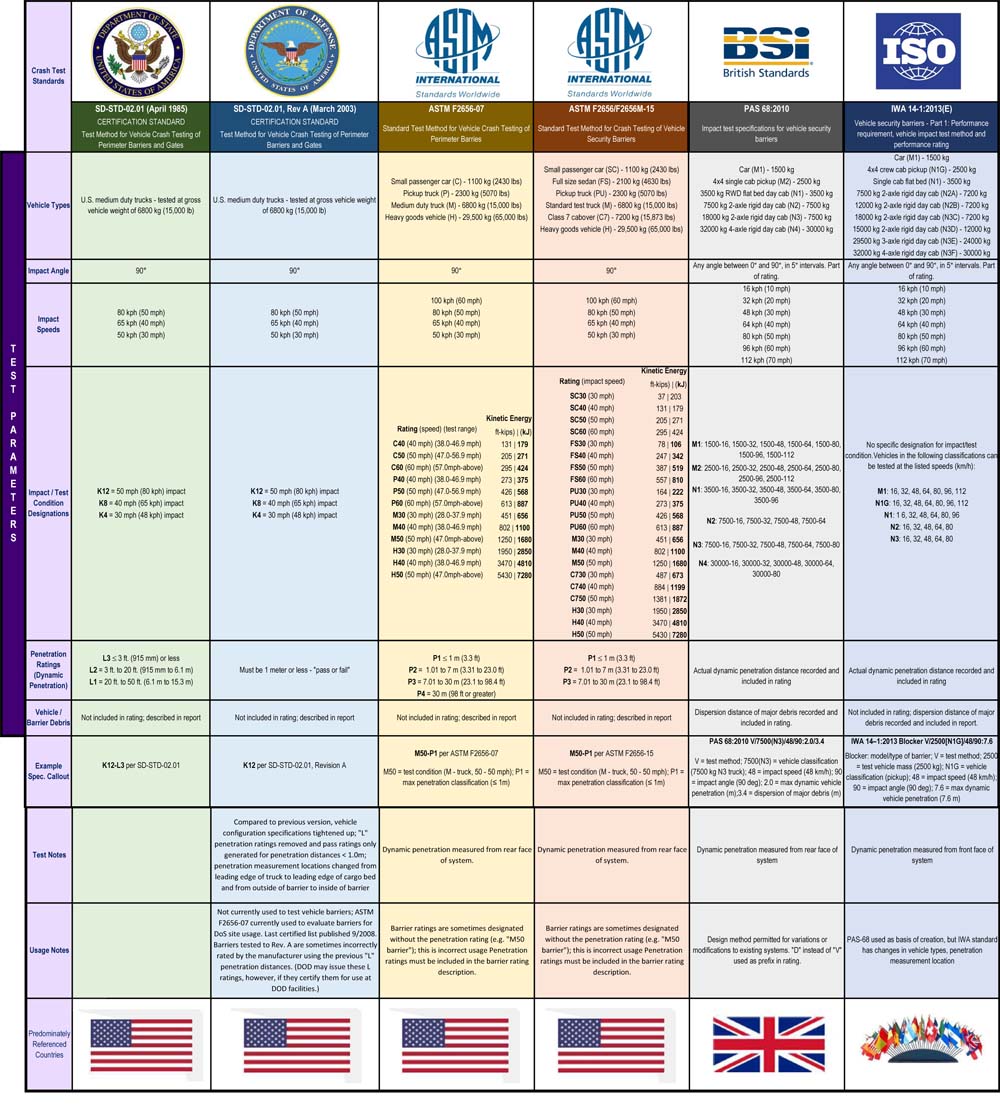 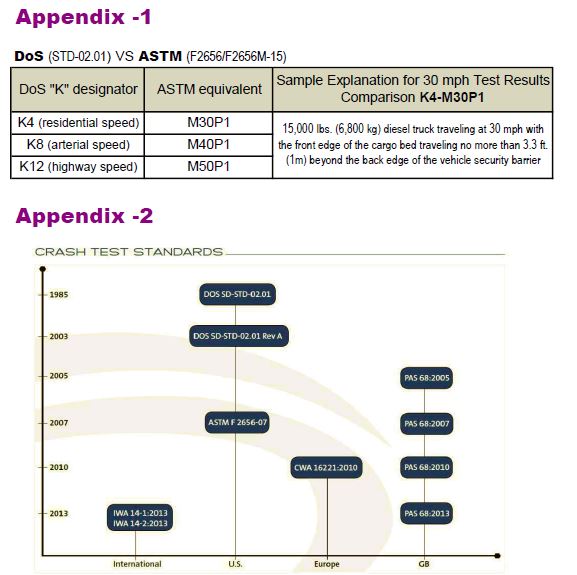 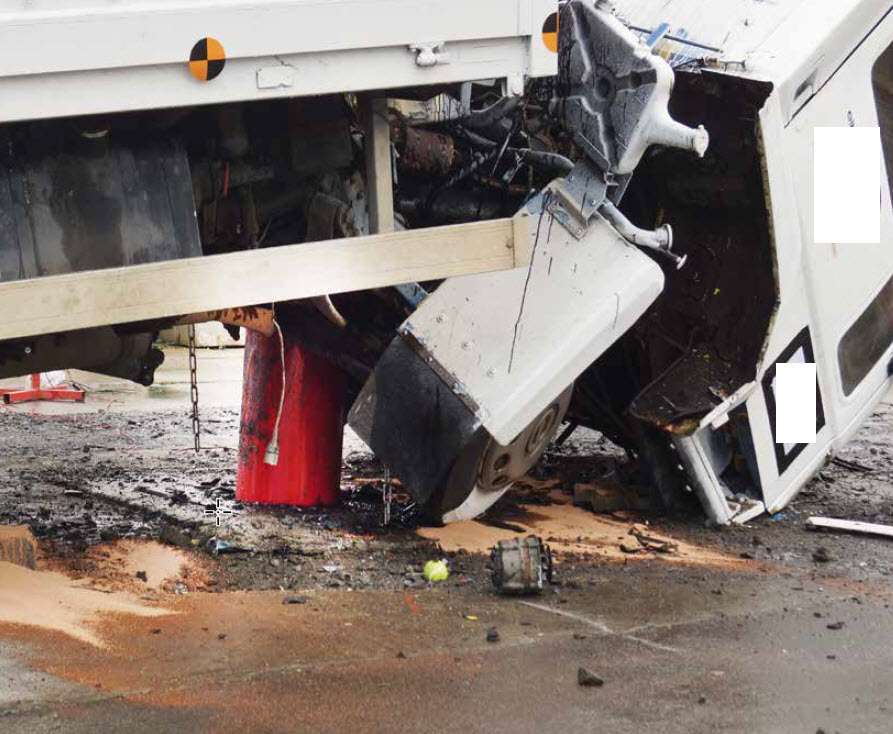